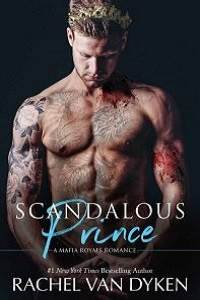 
Two roads diverged in a yellow wood, And sorry I could not travel both, And be one traveler, long I stood, And looked down one as far as I could…

I loved her against reason, against promise, against peace, against hope, against happiness, against all discouragement that could be. —Charles Dickens, Great Expectations

I watched her often.

Sometimes I imagined I was her guardian angel, or maybe her avenging knight, the fallen hero who would never have her but could watch from afar.

Watching, after all, didn’t mean touching.

She was wearing white again, so pure as she did a twirl under his hand and then threw her head back and laughed as he bowed, she curtsied, and then the rest of them joined in, the cousins of the Italian mafia.

They had no idea how lucky they were to grow up in a house where parents loved you rather than told you that you shouldn’t have been born. Of course, that was after, but that didn’t lessen the effects of those words.

For years, I thought that my middle name was Bastard until one of the men took pity on me and told me it was just Valerian.

Imagine a ten-year-old, introducing himself as Bastard and not understanding why everyone around him laughed and mocked him in Russian.

Her laugh brought my thoughts back to the present as I stood behind the tree and continued watching, hiding my face in the shadows like I always did when I watched.

She may as well be a siren.

And I, the pathetic sailor, begging for her to just let me drown in her arms.

My phone buzzed in my pocket, interrupting my stalking. I quickly answered it. “Da?”

I had always known the day would come.

Was it so wrong to hope to see her in my dreams?

“One day,” I whispered, my accent thicker than usual. “I will have you, Violet Abandonato, and it will be my name you scream… not his.”

I turned on my heel and walked off.

Because sometimes, dying meant you were finally going to get a chance to live.

Some say the world will end in fire. Some say in ice. From what I’ve tasted of desire, I hold with those who prefer fire, but if I had to perish twice, I think I know enough of hate, to say that for destruction ice, is also great, and would suffice —Robert Frost

I tapped the thick red invitation against my thigh. My all-black suit felt like it was choking the life out of me; at least I didn’t have to wear a tie. With my free hand, I adjusted the red mask on my face. You could see my un-naturally green eyes, square jaw, and full lips, but that was it.

And wasn’t that the point?

“Sir.” An attendant dressed in an all-red suit and black mask held out a tray of red wine. I almost rolled my eyes. Were we fucking mafia vampires now?

Bad enough that I had to even be there when every one of my cousins got a free pass—everyone but Chase’s kids who were probably bored to tears and ready to set fire to the place.

So many politicians and celebrities to rub shoulders with. My presence alone should make them feel uncomfortable. I was armed to the teeth, ready to act if needed, and prepared to do the one thing I promised Chase I’d do.

Make sure Violet didn’t try to sneak off.

They’d gotten in another fight about the facade of being both a politician’s daughter and underboss’s daughter and feeling like a fraud every single time she wore her white dress and perfect nude heels and smiled for the cameras.

She would be easy to pick out in the crowd.

Her sleek black hair was the envy of literally every female I knew, and that matched with her light blue eyes, seriously hot body, and high cheekbones and full lips made her look like a fallen angel.

One I would desperately like to corrupt. Not that we hadn’t had our moments, some of them embarrassingly fast, but most of them firsts because—regardless of how she treated me in front of her dad—she trusted me, and I was in love with her. The shitty part was that she never let me get that far, almost like she knew the minute we crossed that line, there would be no going back and only death in our future.

Delivered from Dear Old Dad himself.

I smirked to myself.

Right, the last thing I needed was Chase Abandonato murdering me for touching his perfect daughter.

After all, my blood was no good, according to him.

He didn’t know though—none of them did—how easy it was for me to play the dumb sheep when I’d been a wolf since birth.

Ready to devour the innocent.

And take my rightful place on the stolen throne.

Authors with Most Books